The Power of Native

ExchangeWire took the opportunity to discuss with Lee Gibson  the power of native & native’s share of the advertising market, brand safety in the context of native, and the future of native advertising.

ExchangeWire: Has the power of native been fully realised by advertisers? 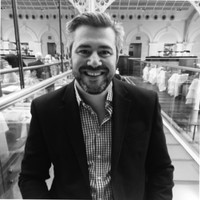 Lee Gibson: While banners have previously dominated the digital advertising landscape, native advertising is wasting no time in catching up. According to the IAB UK, native and content advertising spend – including paid-for sponsorships, advertisement features, and in-feed distribution – hit £563m in the first half of 2017, accounting for 28% of display ad spend, 82% of which is in-feed.

Although native has been fully utilised to date, there is still work to be done. All too often, new advertising formats run in isolation from overall campaigns. There are many reasons for this – sometimes advertisers’ budgets for experimentation operate outside of the core campaign objectives, for instance, or they don’t like to rely on new formats for key strategic campaigns. In order to fully realise the power of native, advertisers need to embrace programmatic, which makes rolling native advertising into any and every digital campaign much easier. Native advertising no longer has to live in its own ‘content’ or ‘native’ silo – it can be incorporated across all digital plans.

Is native a sustainable solution for advertisers?

While native advertising is still very much in its infancy, much of the technological groundwork required to make native advertising work is now complete. This foundation opens the door for more display money, which is primarily bought and sold programmatically, to move directly into native advertising formats. Native is still evolving, but I certainly think it’s a sustainable solution for advertisers for years to come. The pipes for native video are even newer, but it’s a huge growth area, one where native can show true engagement and be unobtrusive to the user. In light of this, Adyoulike recently acquired AI-Powered Video Platform Pulpix, a company that helps deliver better engagement for brands combined with a powerful recommendation engine for the world’s leading brands and publishers.